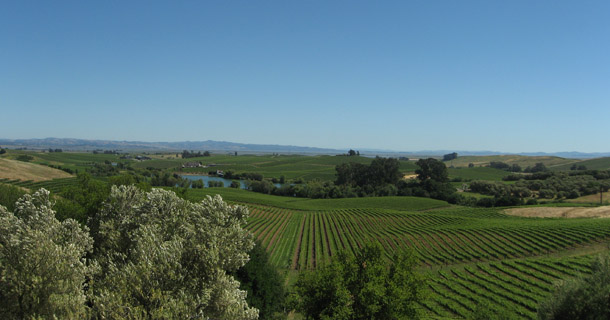 Today is our 7-year wedding anniversary. And it’s funny, until we went away over the weekend, I hadn’t thought of it as a milestone year. But as we told people we ran into along our adventures what we were celebrating, the seven-year itch jokes began. I couldn’t help but wonder, should I be itching? (Besides the patches of sunburn that grace my typically bathing-suit-phobic skin, that is.)

While our marriage certainly isn’t perfect, I know that “perfect” wasn’t in our vows. I’m afraid I can’t tell you what was exactly—our 5-pound wedding notebook made its way into the attic when Dr. Seuss and Sandra Boyton took over the few bookshelves our teeny house holds. But I know the traditional better and worse, sickness and health, along with some not-as-traditional phrases made the cut. And, as fate would have it, there have been years where the scales have tipped toward the undesirable half of each phrase. But we haven’t just “survived” as people have joked. We’ve built a life—and started two new ones—together.

That being said, we probably don’t make enough “us time”. Date nights are far too infrequent as our family calendar fills up. So 48-hours in Napa was just what the doctor ordered. We had drinks with local friends and didn’t have to ask for a lid or straw. We discussed various berries and foods without concern for their allergenic properties. We sat out by the pool where people waited on us and naptime wasn’t a mad house-cleaning frenzy. We ate out. We slept in. We laughed so hard I had tears rolling down my face. We took time to remember what makes us—just the two of us—special.

And as the 48 hours came to an end, we were only itching to get home to our sweet little boys who have my eyes and my husband’s wacky sense of humor.