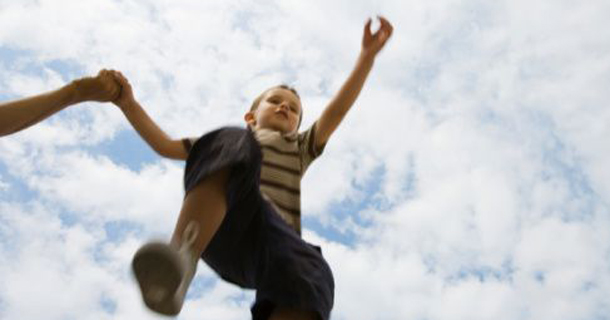 At 19 months old, Little is the youngest member of our family. Every day he discovers new words, ideas, frustrations and skills. He learns from every single thing we do and say (scary, isn’t it?), and each day he’s a little less baby and a little more boy.

Recently I realized that he’s developed (at least) two skills that I haven’t. And I want them. I want to learn from him.

They’re not just skills, they’re words. (Which I like to think are my thing.) The first is “no”. Not only does he say no. He means it. So much so that it’s more like a three-syllable exclamation, “No-wa-ah!” It’s heartfelt, sincere and completely clear when he doesn’t want to do something. Of course, as his mom, it’s my job to make him do things he doesn’t want to (eat, sleep, wear pants). But I admire that he speaks his mind and makes an honest effort to set limits. I’m making a mental note of the times it actually works and I hope to apply his techniques to my life. I’m afraid the learning curve is pretty steep for me here, so that’s why I’m hoping, not promising.

The second word, which actually gives me physical and mental anguish to say, is “help”. Though I know he’s inching closer and closer to the do-it-all-by-myself phase, we’ve been working really hard with Little to ask for help when he’s frustrated rather than whining or screaming. It makes us all so much happier when he does…even if it is more like a military command than a humble request. And I have no doubt the wonderful people surrounding me—my family, friends and colleagues—would much prefer to be leaned on than whined at. They’ve all proven to be really good at it when I’ve had to test that theory due to family emergencies or crazy work schedules. Now I just need to work it into my daily routine.

Yep, I’m the mom. But I guess I do still have a thing or two to learn. And luckily I have little reminders of that every day.