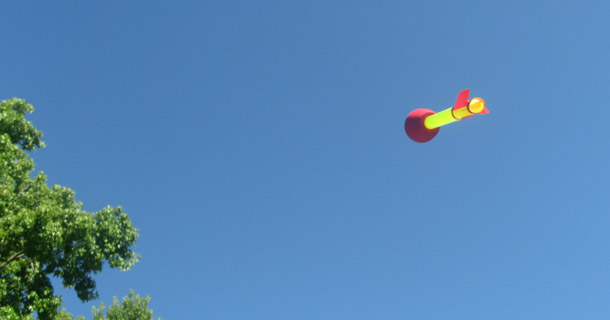 Back-to-school hasn’t been easy on any of us. Well, any of us who were left behind, that is. So even though our trips to museums and parks have slowed down, we’re still trying to fill our afternoons with fun. Here are a few ideas of ways to make the most of your post-school time with little ones.

Build a Chalk Track/City– Breathe new life into scooters, bikes and plasma cars by building a road system on your driveway or street with sidewalk chalk. If your little ones are speed demons, time them on the track and see who can complete the course fastest. If racing isn’t their thing, give them a list of “errands” to run and let them explore the imaginary city. Hint: Create your masterpiece while the kids are at school to maximize play time.

Water Balloonball– Even my little major leaguers get tired of the same old ball sports. While it’s still hot, enjoy cooling off with a twist. Head out for a game of baseball, but toss water balloons instead of balls—then even a miss is a hit. Just beware of the grass getting too slippery. Hint: Prep the water balloons while the kids are at school to maximize play time.

Hand Over the Camera– Turn an ordinary afternoon into something special by giving your kiddo a camera. Just doing the same old thing becomes fascinating when they get to decide what to capture. And you’ll be amazed how different the world looks through their eyes. (Big took the picture above—along with some really unflattering ones of me—while playing with his stomp rocket.)

Send ‘Em Hunting– Before the kids get home, set up clues around the house/yard that lead them to a special snack. You can bring the treasure hunt theme to life with goodies like Pirate’s Booty and chocolate coins.

Make a Rainbow– Go on a walk around the neighborhood and try to collect an object for each color of the rainbow. To make things a bit more challenging, have them look for objects that start with each letter of the alphabet instead.

What are some of your family’s favorite afternoon activities?