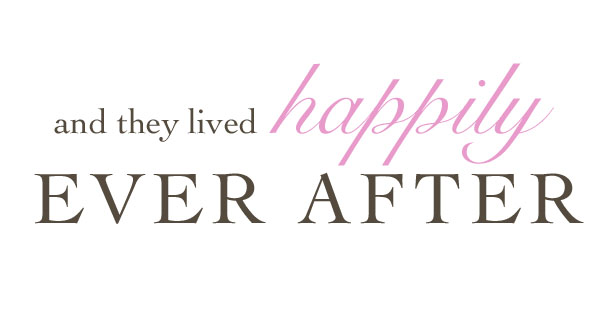 In past years, I’ve heard people say things like, “I’m so ready for this year to be over.” “This year was the worst!” “I can’t wait to forget this year.” “I don’t think one more bad thing can happen to me this year.” And honestly, I’ve never been able to relate. Not that I haven’t had rough years along the way, I just thought that sounded so, well, dramatic. Then recently, I realized this was going to be my year. My turn to feel sorry for myself. To focus on all the things that went wrong. To look forward to a fresh start.

In 1979, I was given the gift of a baby brother—with 10 adorable little fingers that formed perfect little fists. (Perfect for making him punch himself in the face, that is.) In 2011, after a scary accident at work, he still miraculously has all those fingers and uses them to make my kids fly, my mom’s yard lovely, and all the Trumer Pils people can ask for.

In 2003, I married my college sweetheart. (Yep, we made it past the infamous 7-year mark.) In 2011, he started an exciting new job. Sure, it’s the one that has him collecting more frequent flier miles then I care to count, but it’s also the one that lit a fire in him. And I can’t help but love watching that.

In 2003, I got a job offer at Yahoo! that changed my world. It gave me the opportunity to make wonderful friends. To gain new-found confidence in myself and my writing. To thrive as a professional—and a mom. And eventually, to move into an entirely new role that was all-too-soon eliminated, but allowed me to meet the bloggers that inspired me to take yet another path. So when I was laid off in 2011, I had friends waiting in the wings with more freelance work than I could possibly do and more words of encouragement than I could possibly absorb.

In 2004, Lenny and I bought a cute house in a freakishly kid-oriented neighborhood and figured it would be a great starter house. In 2011, we didn’t get that amazingly perfect house down the street we bid on, but we continue to grow into our home and fill it with new memories.

In 2005, my dad was diagnosed with brain cancer and given 6 months to a year to live. In 2011, he became one of the 2%. Yes, only 2% of people with his cancer live for more than 5 years. During that time, he also became 100% infatuated with three grandchildren.

And as if the cancer wasn’t enough, between 2005 and 2010 he survived a pulmonary embolism, gall bladder surgery, pneumonia multiple times over, major falls and broken bones. Then in January of 2011, he had a massive heart attack, as if to remind us that just when you think you—your mind, body, spirit—can’t take one more thing, one more thing comes along. And it may shake you, but it doesn’t have to break you.

In March of 2006, a baby boy made my heart feel like it might burst as he turned my world upside down. In March of 2011, a baby girl made my heart heavy and turned my world upside down by threatening to come too early—at just 31 weeks. But I see now that she knew. She knew that I needed rest. That I needed to be taken care of rather than being the caretaker. She knew the boys would have each other. That Lenny would shine as a single-ish dad. She knew my parents could manage weekly visits for just a little while longer. And she knew that she’d been difficult on the inside, so when she joined us on the outside, she was quiet and peaceful—even angelic at times.

In 2009, Big started preschool. By 2011, we’d both learned more than we could have imagined and celebrated big come graduation. So big that I fell and separated my tailbone. And while I’m still managing the pain from a potato sack race gone awry, I’m also cherishing the fact that I’ve been more a part of my kids’ everyday lives this year than I’ve ever been able to before.

In 2011, I got a call from my brother. The one I’d dreaded for years. Something was wrong—really wrong. I knew it would come. In fact, every time the phone rang all those years, a piece of me couldn’t help but wonder if this was it. In 2011, I had to tell my sweet, sensitive son that one of his best friends died. In 2011, worry was replaced by a sense of peace. In 2011, two of my dad’s friends spoke to hundreds of other friends about the funny, talented, kind, loving man we all adored. In 2011, I was united with family and friends by stories and memories. In 2011, I received an email from a stranger telling me how my dad had touched his life. In 2011, I sat in an elementary school multipurpose room listening to hundreds of kids sing All You Need is Love with tears flowing freely down my face. Because this time, it wasn’t my dad on the guitar, but four adorable little boys who are going to grow up to tell their kids and grandkids about how cool they were back in the day. And they were.

I guess what I realized is that no one year stands alone. Somehow they all weave together to create something truly spectacular. So while we can try to wish away all the bad stuff—to hurry past it and just start over—there’s no such thing as a clean slate. But that’s ok, because there’s depth. And depth is what makes each of our stories ours alone.

So, my friends, I wish you happy memories of 2011 and happy moments built upon those memories and experiences in 2012.