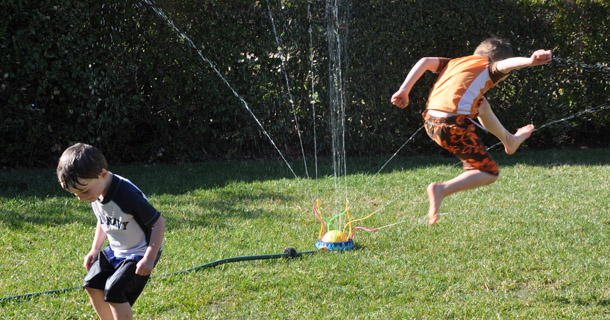 Back in December I got an email that I was convinced was going to change my life. A woman reached out to me asking if I would promote an essay contest as part of a very cool fundraising event for Oakland Children’s Hospital called Notes & Words. The winner would get the opportunity to meet Kelly Corrigan (my favorite author and imaginary friend), and would get one-on-one phone calls with huge names in publishing.

In my head, it was a sign. Why of all the bloggers out there did I get this email? Obviously because I was meant to win. (Using this logic I’m also destined to become a fiery Latina goddess and have kids who s3xt. But that’s not the point.)

I spent weeks perfecting my essay and editing it down to 799 words—just under the 800 word limit. I can’t explain why I—someone who doubts myself on things as trivial as my salad dressing choice—had no doubt the judges (Kelly included) would see my potential and put my essay at the top of the stack. So I confidently emailed my entry and waited. The day they were notifying the finalists, I refreshed my email every two minutes and jumped every time the phone rang. In my head it wasn’t a matter of if, but when.

To say I was crushed doesn’t begin to describe the way I was feeling. It wasn’t that I couldn’t believe 18 people wrote better essays than I did (because, in my proven-to-be-delusional mind, I was, of course, number 19), but because I bared my soul in the hope of chasing a dream, but it got away from me.

A little time and a few reads later, I realized that this was a contest I didn’t want to win. Oh, I wanted the glamorous prize, but not the struggle it would take to win it. You see, the topic was parenting through crisis. While I didn’t read them all, as I read some of the finalists’ essays, they were word upon word of heartbreak, loss, disability and illness. While I’ve had some bumps in the road since becoming a mom, most of them have been speed bumps compared to the mountains these parents are climbing…each and every day.

NOTE: I learned the other day that a fellow From Left to Write member did become a finalist. It’s a beautiful piece and I encourage you to read it (click here) and “Like” it if you’re so inclined. The winner will be chosen based on a combination of “Like”s and the judges’ input. UPDATE: I just learned that Jen wasn’t chosen to be in the top 5, but thank you for reading and supporting her!