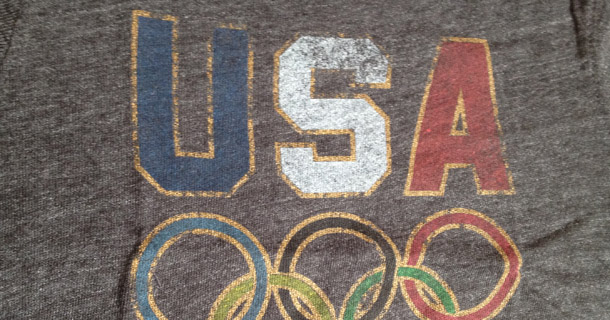 Wow, it’s been a whirlwind couple weeks with tons of exciting news on the blogging front. Not only did I head to New York for 4 days of blogging madness, the post I wrote about my experience there was featured on the BlogHer home page. (Even if it was at 2pm on a Friday afternoon, generating about four clicks to my site, it’s still very cool.) And, as I was heading to NY, I learned that I’d been named one of the top Bay Area blogs by ChatterBlock (and I’m in very good company!).

Then, as if that wasn’t enough to make a blogger feel like spewing details of my life is super duper important to world peace, I found out I was nominated by Circle of Moms as a Top 25 Nor Cal blog. You’re probably saying, “Wait, wha?? I voted my a$$ off last year to help you share the #1 slot in a rather heated race to the top in the Bay Area category.” Oh, but wasn’t that fun?! And can you imagine dominating all of NorCal? Come on people, we can do this! After all, my win is your win…a blog with bling is much more fun to visit. Simply click that pretty pink circle on the right side bar — once a day, every day, from every device — find me, then click vote. (It’s not like you have anything better to do. Wait, what’s that you say? You’re raising human beings? Well, ok. Maybe just one or two votes along the way?)

All kidding aside, thanks, everyone, for reading, commenting, liking and making people beyond this little community see that we have something really special here. It does mean a lot to me. And you do too!

Ok, on to the good stuff of the last couple weeks…

Lesson #1: I used to think I only had to fear the teen years with a girl. But knowing how badly the boys’ closet stinks now, and seeing how much food they can consume in one sitting, I’m afraid. Very afraid.

Lesson #2: And while we’re on the topic of testosterone, we’ve now reached the point in life where “nuts” are more than a nutritious snack.

Lesson #3: I’m pretty sure I’m failing as a mom. The evidence? Big would rather jog around the house than veg in front of a bedtime cartoon, and he’d rather play cards than dance at the concert in the park. He’s no child of mine, I tell you.

Lesson #4: Summer is getting alarmingly long when your kid asks you — in all seriousness — if you’ll take him to Petco. Not for a dog, or even a fish. But for a cage for his little brother. (Who he now affectionately refers to as Suckypants.)

Lesson #6: Band-aids are not a cure all. Just ask the snail whose shell the boys wanted to save the other day.

Lesson #7: When you think one of your boys’ slugs has somehow escaped to the baby’s room, think twice before picking it up without a wipe. Because chances are, it’s something else that escaped a diaper.

Lesson #8: It’s important that your kids find little victories in life. Little declared he’s really good at bee stings. He’s had none, but his friend has had two.

Lesson #9: Pink is a true fashionista. While lots of people — even babies — can rock jeans with holes in the knees, Pink shows her unique style by wearing holes into the butt of her pants.

Lesson #10: When you’ve battled through some really trying times to make progress with one of your kids, watching baby steps (well, a baby climbing steps) can bring you to the good kind of tears.

Lesson #11: When the time comes, whoever buys our minivan is going to end up with an outrageously cool baby hair bow collection. It’s like the Bermuda Triangle in there.

Lesson #13: The Olympics have really messed with Little. He can’t figure out why we’re suddenly cheering for USC in every sport.

Lesson #14: I got my first Kidzbop CD at a really cool toy party at BlogHer, and the kids love it. But it turns out, if you introduce the kid friendly version after your little ones know the originals, it just calls attention to all the stuff that’s different. (Which, generally, is the stuff you don’t want them to notice.) But the bad mom in me has gotten a ton of entertainment out of their conversations as they rock out.

Lesson #15: My kids have about a million pencils (give or take hundreds of thousands), but somehow we can never find one that’s appropriately sharpened. I think I know what we’ll be giving out as party favors at Little’s football/Star Wars/Cars party.

Here’s to a week of gold-medal wins for you and yours as you say goodbye to the wonder of the Olympics!