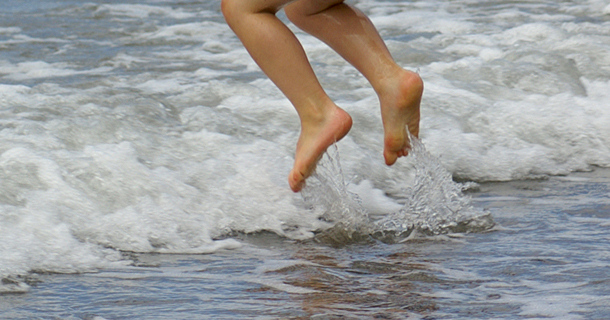 When Big asked me how people in wheelchairs would get upstairs at his elementary school a couple years ago, I never dreamed he might really, in practice, need to know the answer. But one day last summer I was at a park with a friend and she used two words that shook me. Muscular dystrophy.

She was surprised I didn’t know our sons’ good friend from preschool had muscular dystrophy. Somehow in my bedrest-induced hazed, I had missed what was spelled out for me.

Didn’t I realize that Big’s class had a jump-a-thon in honor of their buddies, Kurt and Peter, to raise money for muscular dystrophy research?

No. Wait. Kurt and Peter (Little’s friend)? Yes, she told me, doctors had discovered both brothers were born with the debilitating disease.

I carefully asked Big about it that night. He said of course he knew. The amazing thing was that Big didn’t associate any hardship, pain, or fear with his friend. And his family doesn’t either (at least outwardly…honestly, I had no idea they were dealing with this). He simply said Kurt had special muscles that worked differently.

Special muscles. In a funny way, that fit. You see Kurt is a very special boy. He’s one of those kids we’ve crossed paths with since the boys were toddlers in baby gymnastics together. I was thrilled when they not only ended up in the same class a couple years ago, but became friends. His smile lights up a room. He’s boyish in the best sense of the word—playful, curious, bug loving, and funny. It’s just so easy to like him and be his friend. (And from what I know of Peter, he’s very much the same.)

I had the honor of attending a lovely benefit dinner in support of the Kurt + Peter Foundation last Friday. I learned more about their journey to the boys’ diagnoses, as well as the amazing work that’s been done in the two short years they’ve been coping with their new reality.

It turns out the boys have LGMD2C (limb girdle muscular dystrophy type 2c). They have damaged genes that prevent their bodies from producing a protein needed for healthy muscles. Over time, their muscles will deteriorate (which means they will likely be in wheelchairs during elementary school), eventually leading to lung failure. With no cure, their life expectancy is late teens to early 20s.

But, here in the Silicon Valley, people believe in innovation. In changing the world. And the boys’ parents and friends are working to make the next big thing out of this tech center a cure for muscular dystrophy. Yes, really.

Technically the science is being done in Chicago. Dr. Elizabeth McNally at the University of Chicago is focused on an amazing approach to a cure called exon skipping. Since science isn’t my thing, I won’t botch her explanation, but she made it sound simple, smart, and totally achievable. In just two short years, they’ve made outrageously huge progress thanks to Foundation grants, and now the team is working toward a patient trial.

Hope. It was palpable.

And the future? Well, it looks far better than it did two years ago. Thanks to our friends. What an honor it is to know them, and to be doing a very small part to help them do something so very big.

If you’re interested in learning more, I hope you’ll check out the Kurt + Peter Foundation.