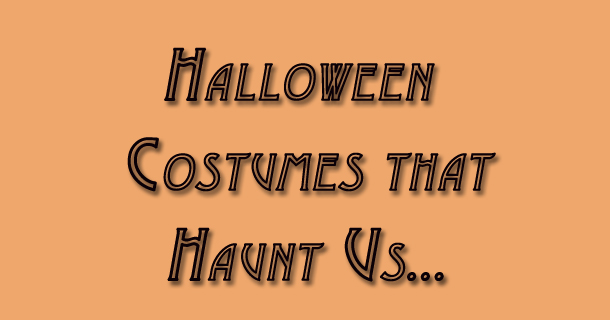 This is the time of year we ooh and ahh over everyone’s kids saying how cute/creative/scary/awesome they look. But what if they don’t? Not for lack of trying, of course. But sometimes even the best of intentions fail us. In the era of Pinterest, I’m guessing there are at least a couple of you out there who have had some DIY disappointments. (Goodness knows I’ve had my issues in years past. Like the Heinz bottle. And the Man with the Yellow Hat.)

So, in that spirit, I’m sharing a friend’s story. Because I think it’s hilarious. And we can all use some good comic relief between parades and sugar gorging this week.

Meet Ollie and Bunny. In this picture, the girls were about 5 and 7. And while the picture on its own is awesome, there are some pretty funny stories behind both costumes. 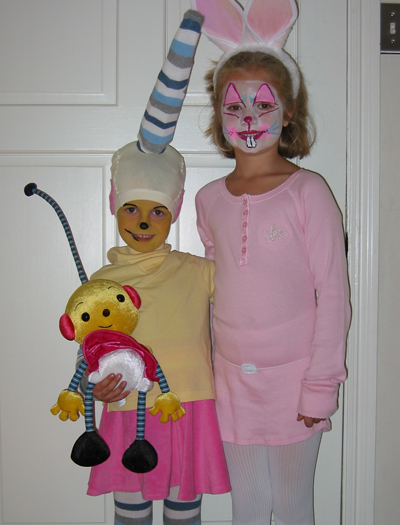 You see Bunny knew exactly what she wanted to be for Halloween because she’d found the perfect ears. They just happened to come with a tail (cute) and a bow tie (wha?!). She couldn’t understand why her mom didn’t appreciate the awesomeness of the bow tie, and kept begging to wear it. Mom, being oh-so honest and well intentioned, broke it down for her. That’s right, she explained the truth about Playb0y Bunnies. It worked. This sweet bunny replied with, “Ok. No bow tie.” And walked away, shaking her head, wondering aloud who would do such a thing, and how could anyone want to look at it.

Ollie, well, the picture really does most of the work here. She’d received this fun doll for her birthday, which, apparently, was the cartoon character Rollie Pollie Ollie. She wanted to look just like her favorite for Halloween. And, like any good mother with creative aspirations would, her mom did her best to transform Ollie into, well, Ollie. The yellow skin was unnatural, to say the least. And, the antennae, well, that was perhaps too natural. When it was skinny enough to look semi-non-phallic, it would collapse. But getting it to stick up meant her costume was nothing short of obscene. Needless to say, Ollie’s mom insisted she carry the actual doll — at all times — so people would know who she was supposed to be.

What about you? Do you have any funny costume stories to share?