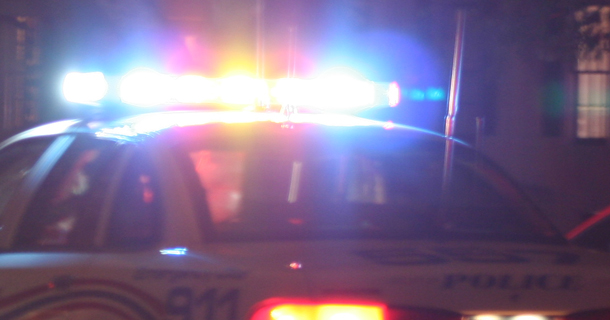 One holiday and two weeks of birthday celebration down, one holiday to go. I’m pretty sure I’ll make it. But my blog may suffer along the way. (Then again, having one less thing on your to do list may not be so bad, so consider it my gift to you. You’re welcome.)

Lesson #1: If you’re going to get pulled over for speeding, doing it at 7pm the Sunday after Thanksgiving when you’re still 7 hours away from home with three cranky kids in the backseat is one way to gain the sympathy of a cop — without having to say a word.

Lesson #2: Getting stuck in post-Thanksgiving traffic in the middle of the night with three cranky kids in the backseat is one way to ensure you’ve gotten your fill of family togetherness over the holiday.

Lesson #3: At an event at Big’s school, the librarian was trying to encourage parents to play the role of their kids and she said something that I’m considering using as my tagline. “The more you ditch your dignity, the more fun you’ll have.” (Though I think this applies more to parenting, then say, company holiday parties. So, you know, don’t say you heard it here if you get yourself into trouble.)

Lesson #4: Sometimes ditching your dignity isn’t enough. It seems my voice is so bad, that Pink would rather go straight into her crib at bedtime than have me sing lullabies.

Lesson #5: If you think getting a pick out of a guitar is a pain, try shaking out an entire bowl of Goldfish crackers.

Lesson #6: Speaking of the tasty little morsels, it’s best not to tell a 4-year old to just dump his plate of crackers on the table to make room for birthday cake. He might just think you mean to put them back in the communal bowl. (Not that that bothers any of the other kids.)

Lesson #7: Little doesn’t think the name we gave him does him justice. Now, instead of Phineas, he’d like me to call him “Fred” (because of his brawn…?), and Big “Shaggy” (because he eats a lot, of course).

Lesson #9: The other day when I received some copies of North County Kids magazines — a great new publication for parents in San Diego — in the mail featuring my articles, the kids thought it was so cool to see my picture and stories in them. That is until they realized it wasn’t Sports Illustrated.

Lesson #10: Even though we’re behind getting the house decorated for Christmas, I started sprouting a festive tinsel-like hairdo at the beginning of November. (Apparently it took my hairdresser going on maternity leave for Mother Nature to show me that my grey hair sightings in the past were nothing.)

Lesson #11: There’s nothing like a company holiday party to ruin your chance at a Guinness World Record for the world’s most chipped/grown out pedicure. (Though, a fancy night out with a handsome man at your side is a nice consolation prize.)

Lesson #12: No matter how ridiculous Storm Watch 20xx sounds (because, let’s face it, in California, 99% of the time it is ridiculous), it’s probably a good idea to clean your gutters before it hits. Luckily, Lenny proved his man-of-the-house prowess by taking care of it mid-downpour. (Much like last year.)

May your days this week be merry and bright, and may all your gutters be all right!

PS- Don’t forget to send me those naughty/nice baby pics and baby visiting Santa pics to be featured on Disney Baby!