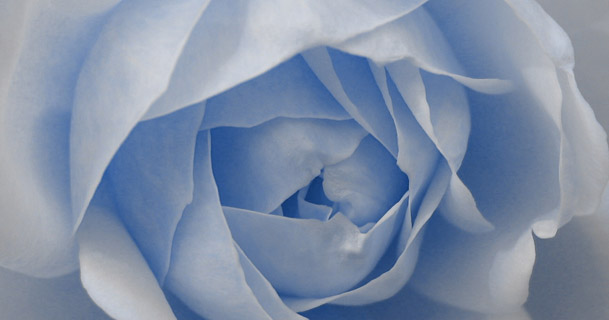 Since losing my dad, I’ve had several friends ask me what was helpful when I was deep in grief. What words connected? What did people do that made an impact? Well, in the past week, I’ve had three friends struggling with grief and I’ve realized that I really don’t have the answers. I wasn’t sure what to say. What to do. How to help. Grief is hard to navigate. But people who are feeling great loss, also want to feel great support.

So, after talking to one of these women, I felt compelled to write this post that’s been on my mind for a long time. You see, our neighbors (who I don’t know all too well, yet) are coping with the loss of their best friends’ sweet daughter, who was killed in her classroom last month. I had sent her a message of support through our neighborhood website when I learned of their connection to Newtown. We exchanged a couple simple notes, and I wrote again as school started back after winter break letting her know I was thinking of her.

When she saw me at the bus stop the following day, my neighbor embraced me. It was more than a hug. It was the most sincere expression of gratitude, grief, fear, and strength I had experienced in a long time. We both teared up, knowing that there were no words. It was just too much.

As the bus drove away, we began to talk. She shared a bit about her time in Connecticut. And her return to work, almost a month later. She’d spent so much time wrapped up in a community of support, that returning to work was a surprisingly cold reality. A few people expressed condolences in passing. Some said nothing, because they didn’t seem to know what to say. Others acted as though nothing had happened and dove into holiday chit-chat. The lack of warmth made a real impact on her—and not a good one.

I’m guessing—hoping—these people didn’t mean to be hurtful. They just didn’t know any better. So I figured I’d share a few things that have made a difference to me, in hopes that others can find value in this as they support friends who are grieving. I’d love for people to share their personal experiences in the comments as well, because I have no doubt every person experiences grief differently.

It’s Better to Say Something Than Nothing
Don’t be afraid and shy away from someone dealing with grief. And don’t worry so much about saying the wrong thing that you say nothing. Goodness knows I’ve done this more times than I can count through the years. Now I know that it’s actually better to say a simple something, even if it’s just, “I don’t even know what to say other than I’ve been thinking of you.” (My friend left me a message with almost these exact words on the anniversary of my dad’s death and it’s stuck with me as one of the most sincere, kind expressions I received.) If you’re uncomfortable addressing the loss in person, send a sympathy card with a quick sentiment. A simple acknowledgment of someone’s sadness goes a long way. (Along these lines, I personally have a whole new view of funerals. The people who might have thought it was strange to attend because we hadn’t spoken in so long, they had to travel so far, they’d never actually met my dad, etc. were the people that made the biggest impact on me.)

Share a Memory
If you happen to know the person who has passed away, sharing a personal memory is extremely meaningful. From an elementary school friend I haven’t seen in 20 years sending me a Facebook message with a story her mom told her about my dad standing up to a teacher at Back to School Night, to my dad’s best friends sharing stories of him as a boy, all the words others have shared—and continue to share—help add great color to the memories I have. They also remind me that my dad meant a lot to people far beyond our family.

Listen, Then Act
As I’ve written, my family thinks of my dad when we see butterflies. One of my dearest friends knows this and showed up on my dad’s birthday with a butterfly keychain for me. And she brought my mom flowers in a butterfly vase on the anniversary of his death. Another friend of mine brought me flowers on a sentimental day, explaining she’d hoped to bring balloons so we could write messages and send them off into the clouds to my dad, but the store was out of helium. (So creative and sentimental!) And the neighbor I mentioned earlier, she was sweet enough to read a few of my blog posts after we talked, then said she’d love to have me over for a beer and some chocolate chip cookies—something I mentioned were my dad’s favorites in a blog post. She found a way to make a real connection to show she understood my loss—and love.

Keep Checking In
Of course you don’t need to make a big deal every time you ask, but it doesn’t hurt to check in with your friend now and then. A simple reminder that you’re continuing to think of them. Most people I’ve talked to have been amazed by how people expect grief to be “over” by a certain time. A week, a month, a year. But when you’re in it, grief isn’t linear. It comes and goes in waves. In the case of Newtown, friends and family are just a month into coping with a new reality, while for those of us who weren’t personally connected, it might seem like many news cycles ago. While life goes on, the grief doesn’t simply disappear. I have one friend who’s experienced the loss of her father-in-law, and she sends me sweet emails on holidays or other days that seem like they might be sentimental, just saying she’s thinking of me. It’s so thoughtful and gives me a chance to reflect on how I’m feeling.

This certainly isn’t an exhaustive list, and being supportive doesn’t require you to do all of these things. These are just some insights based on what I’ve been through over the past year or so, as well as conversations I’ve had with other friends in similar situations.

What things have people done for you—or said to you—that were meaningful during your grief process?