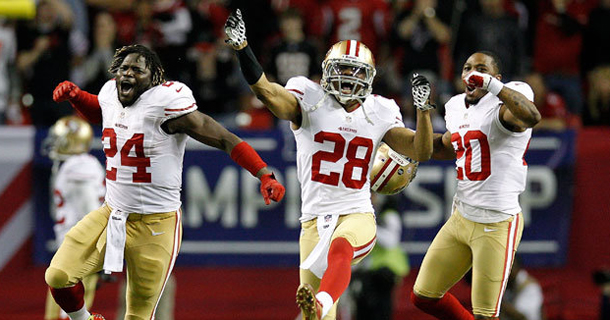 And the fans go wiiiiiillllldddd! In case you haven’t heard, there was a big game today. That’s right, Big hit the basketball court for the very first time. And his team even looked like they knew what they were doing. Him included. (And for the few of you out there also following the San Francisco 49ers, whoo hoo!)

Lesson #1:  Little boys in baseball uniforms are still one of the cutest things in the world. (Yep, we’re getting geared up for baseball season too!)

Lesson #2: Pink is officially a Heinz. She was crowned the honor by Big when she shouted, “Ketchup!”

Lesson #4: While most kids feel a lot of pressure about college, Big is lucky we set the bar low. Since he’s not sure if he wants to play football or be in the band, he’s decided he’ll probably just go to UCLA and sit around like we did.

Lesson #5: If you think Disney’s tween shows aren’t educational enough for your little ones, you should see the crazy awesome dance moves my boys learned from Lab Rats.

Lesson #6: When encouraging a preschooler to draw pictures for an injured loved one, it’s best not to describe the injuries until the artwork is complete. That way, the bird poop he randomly decides to draw on her arm won’t be adding insult to injury. (Which he also included in great detail.)

Lesson #7: Watching 15 preschoolers lose their minds laughing at a birthday party clown is my kind of therapy.

Lesson #8: For some reason, people who are willing to buy 12 cans of beans, a 64-ounce bottle of mustard, the entire Shades of Grey series, and 20 dozen plastic forks, think that my having three kids is outrageous. Apparently having kids out in public in bulk is the only thing that’s off limits to some Costco shoppers.

Lesson #9: I really thought I wouldn’t be saying “You can’t go outside dressed like that, young lady!” until much later than 20 months old.

Lesson #10: One of the greatest feelings as a mom is discovering that every laundry basket in the house has been conquered. At least I imagine it is…I’ve never actually experienced it.

I’m off to throw another load in the wash. And, yes, it includes a whole lot of 49ers gear. Go Niners!