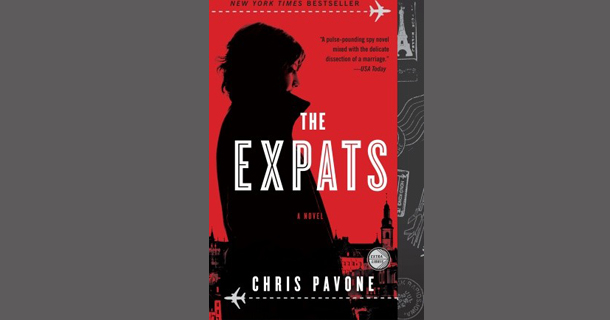 “What do you do with children, all the time? In Washington, she’d had charge of the kids on weekends; preschools and the nanny had borne the brunt of the day-to-day child-care responsibilities. She’d wanted more time with the kids, then.

But now? Now it was every day after school, every evening, every night, every morning, and all weekend long. How was anyone supposed to amuse them, without spending her life lying on the floor, playing with Lego? Without the kids killing each other, or making an unbearable mess, or driving her crazy?

Now that she had what she’d wanted, she was having her doubts. Which had been her worst fear about this whole thing.” –The Expats, page 28

I always wanted to be a stay-at-home mom (or a work-from-home mom, at least). I adore kids and wanted to spend as much time with my own when the time came as possible.

But, in the time between college and becoming a mom, I built a career as a copywriter. While it wasn’t easy at first, over the years I built confidence, skill, and even discovered I had a talent for it. (And a need to make the money that eventually came my way.)

So, after Big was born, and it was time to return to work, I did just that. It wasn’t easy saying goodbye, trusting someone else to watch over him, and hoping that what I could give him in the hours in between was enough. As I built my family, I started asking for demotions instead of promotions, and I was lucky enough to work for people who respected not only my abilities, but my quest to maintain a balanced life.

Then, a couple years ago, things changed. As my company went through yet another round of layoffs, my 8 years of holding my breath came to an end. It was my time.

This is the moment I’d been waiting for. It was my chance to define my future, to live the life I’d always dreamed of. I would get the opportunity to be at home with the kids, while doing freelance writing here and there to make some extra income. Yes, my time had come.

And here’s my secret. I’m not as good at it as I thought I’d be. And that was my biggest fear.

I didn’t know it would be this hard.

So I find myself clinging to the thing people told me I was good at for years. Writing, making a connection with people. So I blog, I share, and I hope that I’ll get a bit more positive feedback. That someone will confirm that this is what I was meant to do. Because, honestly, at times I feel lost. I’m trying to reconcile who I was with who I wanted to be with who I am.

And as I write, I try to remind myself that I didn’t used to feel this at ease at a keyboard. I saw other writers who made it look so easy while I banged my head against a wall. It took time. And practice. One day there was a shift. What was a job became a passion.

Two years of being at home with three kids. That’s nothing, right? I’m giving it time. I’m practicing. I’m trying to learn from the people around me who seem to do it so naturally. And I hope that one day, not too long from now, I’ll suddenly realize I’m the mom I thought I would be.

This post was inspired by the gripping mystery thriller novel The Expats by Chris Pavone. Kate Moore happily sheds her old life to become a stay-at-home mom when her husband takes a job in Europe. As she attempts to reinvent herself, she ends up chasing her evasive husband’s secrets. Join From Left to Write on Tuesday, January 22nd as we discuss The Expats. As a member, I received a copy of the book as inspiration for this post.