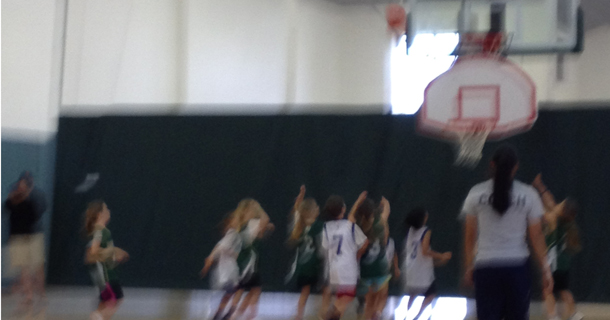 This week ended with one baseball practice, two basketball games, three birthday parties, and four glasses of wine (ok, maybe I’ll just have one, but I’m going to imagine it’s four). Whew, this parenting thing is no joke.

Lesson #1: You people are way more into Marissa Mayer than Broadway musicals. At least my take on them…guess I’d better stick to the small screen. Though I still think our family has a future on the big stage. (Spoken like a true Broadway wannabe, right?)

Lesson #2: When you’re scooping poop out of the tub (for what you wish was the first time…that week) and another kid starts coughing so hard you think he might throw up so you cup your hands to catch it, leave it to the calm 4-year old to give the situation a bit of perspective. “You need, like, 100 hands!” Yes, yes I do. Well, that or a kid who doesn’t poop in the bath. Come to think of it, I’d happily take either.

Lesson #3: Don’t jokingly refer to an imaginary future 4th child on Facebook in an effort to get ideas for a baby name blog post. That is unless you want a lot of accidental attention and no practical advice. (So, hey, if you know of any great baby name apps, would you let me know? I promise it’s for Disney Baby, not me.)

Lesson #4: Someone needs to invent a house with a mute button on it. (And a self-cleaning bath tub, of course.)

Lesson #5: As kids learn new skills, it’s important that they understand exactly what it is they’re doing. Otherwise, when it’s time to leave the neighbor’s yard after helping her tidy up her garden, one of the helpers may shout, “But I want to keep planting weed! I. Want. To. Do. Weed!”

Lesson #6: When you start getting texts from your husband who’s in the other room reading bedtime stories with the kids, you can’t help but wonder how engaged he is.

Lesson #7: If you’ve never been to a basketball game starring 4-year olds, here are some of the highlights you’re missing. A kid kicking an opponent (who’s actually a teammate wearing his jersey inside out) in the butt for no apparent reason (other than maybe a misunderstanding when a parent told them to kick the other team’s butt). Two girls playing frog hop from one end of the court to the other (usually in the opposite direction of play). A whole lot of traveling. Outrageously entertaining victory/I-actually-made-a-basket dances. Some pretty amazing shots. And a creative coach telling his wannabe frog, “You get to be my assistant! Run this way down the court with me this time!”

Lesson #8: We spend years teaching our kids not to grab, only to sit on the sidelines of their basketball games shouting, “Get in there and grab it!” The good news is, since most kids never learned the lesson all that well to begin with, it doesn’t take much to unlearn it. (At least that’s how it appeared at Big’s game today.)

Lesson #9: If anybody’s going to get ejected from one of Big’s basketball games, it’s going to be me. In fact, I may take the initiative and kick myself out next week. (What is it about 1st graders playing basketball with a bunch of high school kids as coaches that does me in?)

Lesson #10: After three straight losses, a win feels good. For the kids, too, it seems.

Two, four, six, eight, who do I appreciate? You, you, yaaaaay, YOU! Now get out there, don’t let the week kick your butt, and try to grab a laugh or two along the way.