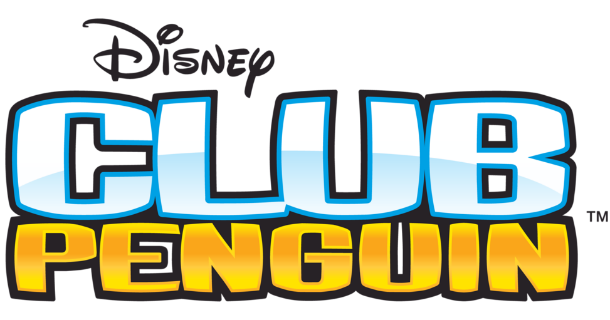 If you had asked me what Club Penguin was a couple weeks ago, I would have simply said it’s an online computer game for kids. Big enjoyed playing it, and I loved that he had a seemingly safe outlet that was just for him — not his overly touchy, needy little siblings.

If you ask me now — after spending two days at their Kelowna, British Columbia headquarters with an intimate group of impressive media representatives and the inspiring (and inspired) Club Penguin team? Well, I know it’s a whole lot more than that. Because when there’s a company that’s full of people who love what they do so much that they also spend their free time doing it — and all in the name of creating a safe, happy, inspiring place for kids to be kids — that’s something magical. (Check out the legend that is Spike Hike.)

Honestly, I’ve been trying to wrap my head around how I can share everything that came out of the event. And the truth of the matter is there’s just too much for one post. So I’ll start with the question so many people have asked me.

It’s fun for kids, and peace of mind for parents. Absolutely everything this team does  — from constant content creation to community engagement to moderation to customization — is with kids and parents in mind. (I got to witness each first hand and you could literally feel the energy in the air as each person I met told me they have “the coolest job in the company”.)

These folks know that our kids live in a digital world, and it’s important — ok, it’s more than important, it’s vital — to teach them how to have fun, be safe, and think creatively. Many executives referred to Club Penguin as a kid’s online training wheels. I loved that.

Club Penguin has constant global human moderation taking place. The moderators not only approve penguin names and watch out for conversation or behavior that’s against Club Penguin rules, but they engage with players in the game, promoting positive play and teamwork. And what people can’t do, technology does. In fact they have the most advanced safe chat out there. (The linguistic filters they’ve created to ensure that kids aren’t engaging in name calling, violence, sharing personally identifiable information, etc. are truly amazing. More to come on this.)

It’s a canvas for kids’ creativity. Their team provides the metaphorical scissors, glue, tape, tools for imaginative play, then kids can do anything they can imagine. They can play fun games and win coins; they can shop with their coins to buy accessories or decorate their personal igloo; they can hang out in the various sections of Club Penguin and socialize with other penguins…and so much more.

The team told stories of kids deciding that the game needed a water slide, so they combined a fire hydrant and a slide to create their own. Another player turned his igloo into a game of musical chairs and invited penguins over to play. The conversation and play was hilarious.

And the coolest part? If the kids have ideas, follow certain patterns of engagement, or reach out to the moderators with ideas that make sense, the team incorporates them into the game. Rainbow puffles have been the stuff of legends for years — and now they’re a totally thrilling reality. (That about 42,984 kids are taking credit for. And they should. Because it was their creativity and passion that brought the legend to life.)

It’s a place where you don’t have to try to be cool. You have to simply be you. And the more you you are, the more fun the play is. You get to decide if you want to play games, socialize, decorate your igloo, be a leader, be a follower, start a campaign to support a cause, etc. There are as many possibilities as penguins. Role playing in the game gives kids a chance to be what they may not be in their real lives (superheroes, social butterflies, etc), while working through very real issues they’re facing in real life (presidential election, cancer, natural disasters, etc).

It’s an opportunity for kids to learn about citizenship through content that’s relevant to them. They discover the joy of caring for animals, saving the world, conservation, etc. Each year kids take part in Coins for Change where they donate their hard-earned game coins for specific kid-focused causes. And all because they want to, not because a grown up tells them they should.

It’s a place where kids can be kids. There’s no rush to grow up in Club Penguin, so kids hold on to that kidliness. And as a mom who’s constantly in awe of how quickly it all goes by, well that’s reason enough for me to love Club Penguin.

My sincere thanks to each and every person on the Club Penguin team who welcomed us into what used to be a very mysterious igloo, took the time to answer any and every question (even from the fanatical folks on Twitter who were feeding us questions), introduced us to wonderful local treats (chips, chocolate, wine, gravy covered fries…you name it), taught us new ways to care about kids around the world and online safety, and helped us see that Canadians and Club Penguin employees are some of the kindest, most passionate people out there.