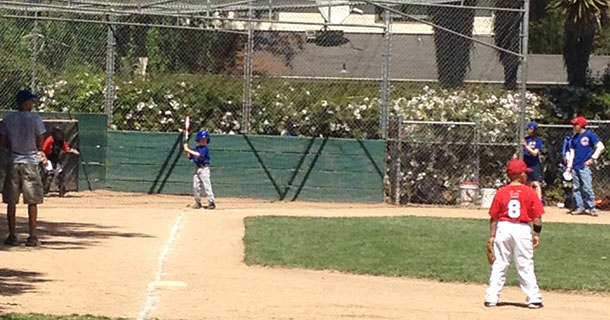 Lesson #1: Technology can bring me to tears.

Let me explain. So, I’m about to give away my trade secret. Are you ready for this? Don’t tell anyone — ok? — but I take lots of notes on my phone each week in prep for my Lessons posts. It’s true, my memory gets so watered down after a week of “no”s, “now”s, and “what do you say”s, that I have to have some sort of reference to bring me back to those ah-ha moments.

This week? Well, if you’d asked me on Thursday, I’d have said this week was shaping up to be particularly good (though I may be biased, and, well, who’s to say otherwise now?). But come Friday morning, that all changed.

I went into my trusty iPhone Notes page to add a nugget, and it was gone. Vanished. Never to be recovered. (Much like my contacts.)

For awhile I felt sorry for myself. Then I kicked myself. (Who kicks someone when they’re down? Me, it seems.) Then I started trying to rebuild my notes for the week.

There was something about funny stuff preschoolers say that I jotted down during my break on co-op day. And there was that rookie move I made tagging a (joke) #selfie on Instagram and suddenly getting a whole lot of attention from shiny, muscley guys half my age. But the rest? Gone. As if none of it ever happened. (Kind of like my Instagram photo.)

Between an amusement park birthday party, Big’s third Little League game of the week, the school auction (whose open bar certainly didn’t help make me more sharp), a day of swimming and lunch to celebrate Big’s and my brother’s birthdays, and dinner at a friend’s house tonight, this weekend didn’t leave me with time to write. Not creatively or funnily, at least. (This? Well, I’m in the passenger seat driving home from my mom’s with two sleeping kids and the big boys listening to the Giants/Padres game on the radio, while writing on the enemy.)

Yes, technology — and its infuriating ability to show me who’s boss — brought me to tears. It also brought me to this. To admitting defeat. To deciding that instead of getting clever, I’d get busy. Busy cheering on my kids, splashing in the sun, and enjoying time with friends.

It turns out it wasn’t such a loss after all. I just hope you can forgive my data-destroying phone, too. I promise I’ll make it up to you. Just as soon as I recover from this weekend of non-stop excitement (which might be awhile at my age).