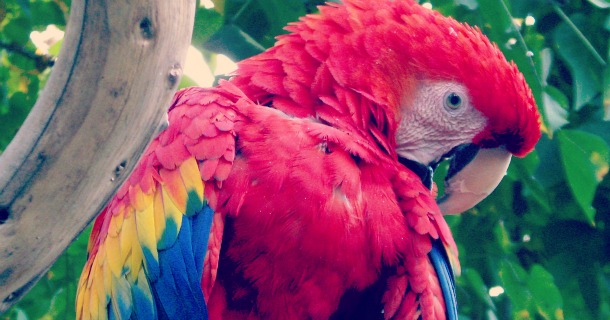 This past week marked the beginning of Little’s summer vacation, the official end of Big’s exciting baseball season, and the 10-year anniversary of Lenny and I being husband and wife. Pink’s big milestone? She learned all the lyrics to Scream and Shout just in time for mass this morning.

Lesson #1: Having a two-year old is a lot like having a parrot. In our case, Pink has latched on to the through-clenched-teeth phrase, “Little! Listen! No!” She’s taken to reprimanding him, even when he’s nowhere to be found. (Which, come to think of it, means he’s probably seconds away from hearing that from me, too.)

Lesson #3: The good news is, I drink Diet Coke so infrequently Pink doesn’t know what it is. The bad news is, she thought it was beer.

Lesson #4: While I realized we’d hit the “Why?!” stage, I didn’t realize how hard. That is until today at church, when every time the children’s leader would list another thing we were praying for, Pink would shout — through the pious silence — “Why?!”

Lesson #5: The best part of Pink’s smelly feet? I no longer smell her dirty diapers.

Lesson #6: When I asked the grocery store sommelier about a particular wine, he offered to go out of his way to help me saying, “I can’t do this for every customer, but I’m happy to help since I know you so well.” This must be another case of someone mistaking me for my friend who lives down the street. It must be.

Lesson #7: Having a 4-year old who’s determined to learn to tie his own shoes is just about the closest you’ll ever come to a miraculously silent trip through the grocery store. (Of course this requires him to sit in one of those germ-filled car carts, but it’s totally worth it. Or maybe it isn’t, considering lesson #2 and a trip back to the store for antibiotics a couple days later. Hmm…)

Lesson #8: You know you live in the Silicon Valley when you’re just as likely to pull up next to a Tesla as a minivan in the Target parking lot.

Lesson #9: Little must have heard about the summer slide and is determined to make sure it doesn’t happen to him. He’s been playing with a set of dice and telling me to stop interrupting him, he’s working on his math. Maybe we should plan a family vacation to Vegas this summer…

Lesson #10: It’s kind of impossible not to feel smug about your awesomeness as a mom after a morning of painting projects and a neighborhood treasure hunt walk. That is, until your friend calls you from the bus stop saying she’s bringing home the other kid you completely forgot to pick up.

Let’s keep it real this week, my friends. And when you do, be sure to capture it on Instagram for my #MotherhoodUnfiltered challenge. I’ll be picking my favorites to feature later this week, and it’s going to be tough. I love the pics I’m seeing from you all! Rock on, mamas. And papas. And heart-tugging, trouble-making offspring.