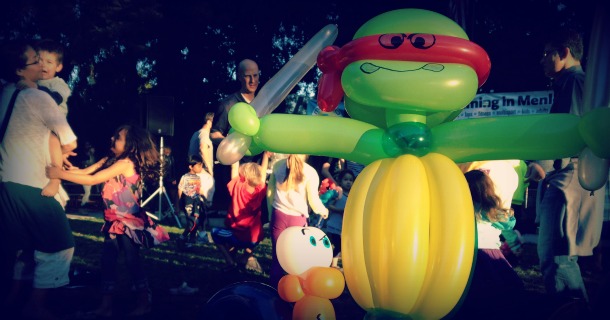 My mom and I hit the not-so-open road again with the kids, and I’ve been splashing my way through my internet withdrawals. I’m afraid my very hip grandmother is too cool for computers, so I’ve been embracing the the disconnected life. You can imagine my panic when my phone was missing for about 5 hours today. I finally got out to Starbucks after I put the kids down tonight. I feel whole again.

Lesson #1: Big is officially half boy, half man. When I asked him if there was anything he didn’t have on the first day of baseball camp that he’d want the next day he replied, “Yeah. Bacon and my baseball bag.”

Lesson #2: Based on his condition at pick up each afternoon, I’m pretty sure I paid $300 for some college baseball players to roll Big in the dirt all day. Worth every penny (and load of wash).

Lesson #3: NBC needs to get their PR department working on the under-10 crowd. When Big heard a radio ad that a show was going to be on the network, he asked if it would be “…on NBC sports or bad news NBC?”

Lesson #4: I’m pretty sure I paid the balloon kid’s fall tuition at the concert in the park. (See Exhibit A: It was too big to fit in the photo.) The term “bring back lots of change” is all relative to a 4-year old. (A 4-year old who won’t be getting balloons for the rest of the summer, that is.)

Lesson #5: Sitting at a dead stop in the middle of nowhere (while averaging 49 miles per hour on a 350-mile drive) and having your three kids shout, “Go mom! Go mom!” “Will we be there in an hour yet?” “I’m gonna throw up.” should make you think of National Lampoon’s Vacation. But it actually makes you think of Misery.

Lesson #6: It’s best not to kick off your pool/beach vacation extravaganza by waking up at 6am to the realization that your bathing suit is tucked safely in a drawer. At home. 350 miles away.

Lesson #7: Having a family you can laugh so hard with you cry makes up for the other stuff. Tenfold.

Lesson #8: Maybe you do get wiser as you get older. Just as I told my mom and grandmother to relax today as the boys were playing in the ocean, Big got thrown around by a treacherous wave and picked up at least three pounds of sand in his pockets and every nook and cranny of his body. And, as he attempted to shower it off, we watched them load someone else into an ambulance.

Lesson #9: You know you’ve overstayed your welcome when you find yourself in tears after discovering a wet bed in the boys’ room (for the second time in three nights) and a toddler coming down the stairs naked after removing her own very dirty diaper upstairs.

Lesson #10: It’s a good thing the Royal Baby was a boy. Pink has decided that she’s a princess. And by “a princess”, I’m pretty sure she means “the princess”. Maybe by the time Harry’s ready to get hitched, she’ll be of age. She may not have a sophisticated English accent, but she’s got a mysterious New York-ish one that’s pretty darn adorable, if you ask me.

Lesson #11? Starbucks closes at 10pm. I’m getting kicked out of cyberspace… Hope to see you back here again soon!