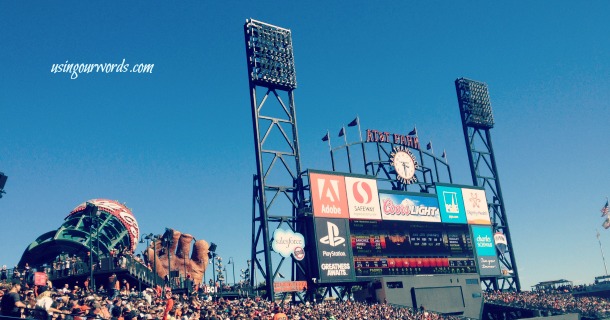 Wow, this weekend was packed full of fun. We even went to one birthday party twice, thanks to the Evite app showing a totally different party time than the Evite site. Turns out the hosts weren’t looking for a surprise party this morning. Ugh. (Really, you guys, it wasn’t my fault. This time.)

Lesson #1: It may have taken a couple years for him to get to this point, but I was right about Little being a bit, well, mischievous at school. When I asked him why he seemed to like his new school better he said, “Because we get to do more fun stuff.” Like what, you might ask? “Like break the rules.”

Lesson #2: He’s no angel at home these days either. When I refused to buy Frosted Flakes, Little talked me into getting the healthier (sounding) Raisin Bran Crunch. Then he went and took all the raisins out and proudly announced, “Now this tastes just like tiger cereal!”

Lesson #3: As if getting outsmarted by a 4-year old isn’t bad enough, Pink went and put me to shame. She sweetly handed me her toy phone and said, “Here Mommy, you can play on my phone.” And right as my chest got all puffed up with pride, she put her hand out and said, “Now I play on yours.”

Lesson #4: It seems Little has inherited my narrative style. When he tells tales of his recess adventures, dodge ball is alway “like 15 on 1”, and the score is “like 20 gazillion to 5”. (And, yes, he’s the undefeated one-man legend.)

Lesson #5: Big has also inherited a (not-so) little something from me. Hula hoop lovin’ hips. Thanks to a hilarious afternoon of sweatin’ frenzy, I’m pretty sure I know how we’ll survive being cooped up come winter.

Lesson #6: If I’ve learned anything watching hours and hours of So You Think You Can Dance, it’s that the really successful hip hop dancers each have their own style and personality. And now that Little is tear free and all in, he’s perfecting his signature move. After sticking each big spin, he lets a loud fart fly. Step aside Twitch, this is a new kind of awesome.

Lesson #7: I’m pretty sure Pink has her first crush. She’s been insisting on using Little’s water bottle and carrying his swim trunks around in her purse — both of which happen to have the irresistible Lightning McQueen on them.

Lesson #8: Big was relieved to figure out why one of our neighbors drives down our sleepy street like she’s in Piston Cup. He’s convinced she reads backwards and think the sign says 52 mph.

Lesson #9: Major League Baseball games are more than America’s favorite pastime. They’re the best place to teach your newly aware son some very colorful language. (Which we maximized by arriving at the stadium an hour and a half before gametime.) Even the kindergarten teacher sitting behind us had the “f” word on her tshirt (and I’m not talking about “fun”). Here’s to hoping she doesn’t have any readers in her class. Or parents, for that matter.

Lesson #10: While I’m sure the guy sitting by us had many visions of what it would be like to propose to his girlfriend at the Giant’s game, I’m guessing none of them included getting shown up at that very moment by another couple also getting engaged — in the dugout and on the jumbotron. (And without three rowdy kids in front of her making her question her potential future.)

Lesson #12: I never thought I’d look forward to the day when my kids can drive. That is until Big got invited to a birthday party that ended way past my bedtime. (Well, pajama-sporting time, at least.)

Now party on, my mother friends. No matter what the clock — or invitation — says.