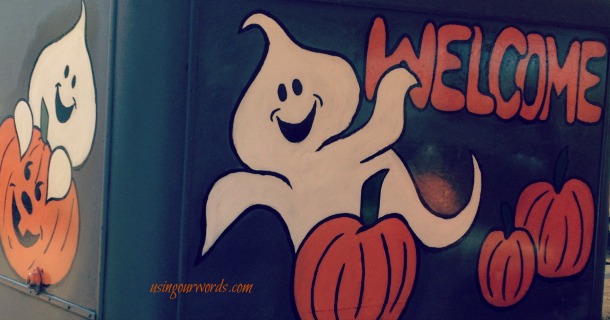 This past weekend, we went to a local pumpkin patch as a family. After two busy, fun-filled hours, we left with four perfectly plump pumpkins, one sweet little gourd (which Pink may or may not have lifted), dirt in every imaginable place on our bodies, and six simple pictures.

Yes, six pictures. In two hours. At the kickoff event to the holiday season. I’m pretty sure that was a personal low. And it felt good.

As we wandered the patch, all the way from hay-stack hill to tractor-tour coaster, I saw people everywhere suffering from Must-Capture-It Syndrome — a not-so-rare disorder I’ve been seeking treatment for. Not only does this condition impact my enjoyment of events, it causes my children to hate me. And I’m pretty sure I don’t need more help with that. So I had consciously left my iPhone in my pocket (for the most part) — and engaged.

I was there with open arms when the boys came running out of the corn maze with pride. I gave Pink a great big boost onto a giant tire and kept her company since she was determined that’s where she’d stay for the day. (Apparently this princess figured she’d found her throne.) I watched on, laughing as the boys tried their hardest to meet the demands of her majesty for a “teeny tiny little pumpkin”. I sat hip deep in a pile of hay — praying my allergy medicine was up to the challenge — watching the boys’ eyes light up as we were pulled by a tractor through the farm, learning about striped tomatoes and cheddar cauliflower. I even watched in awe as a butterfly softly drifted from one end of the patch to the other — seemingly unseen by the other people below.

Truth be told, I noticed other things too. I saw little kids spending their morning saying, “Cheese!” instead of, “Cooool, a smashed pumpkin!” Or, “Why does this one have pimples all over it?!” Time and again, parents — much like I often do — were encouraging their kids to stop and pose instead of run and explore. (Which, of course, meant everyone else had to stop, so as not to accidentally walk in front of a stranger’s lens.) Lenny and I were amazed that there were hundreds of people there, but the wide open pumpkin patch felt virtually empty, because the vast majority of people were concentrated in the photo-op areas of the farm.

Honestly, I didn’t realize how much I’ve been allowing myself to experience life through a lens. But it turns out, my eyes and heart have more memory storage than I give them credit for. And while, years from now, I may not remember Pink’s sassy little face as she sat atop a beautifully painted tire, I will remember that I was present. Not just there, but present.

Did my kids appreciate it? I think so. Because when I did ask them to pose for one shot all together, they cooperated — no whining. Yes, really. And the rest of the time, there were all kinds of smiles, exclamations, high fives, races, and patient hugs when all the excitement brought the little ones to tears. But you’ll just have to take my word for it. Because I don’t have the pictures to prove it.