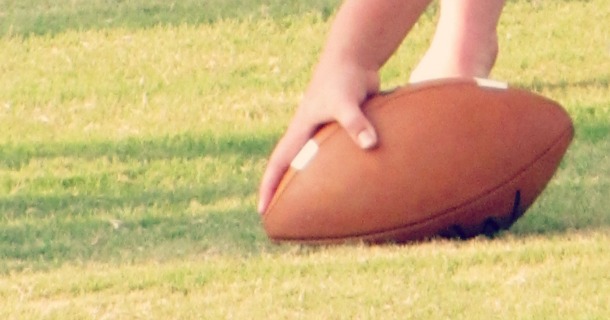 You win some, you lose some. In my case this week, it wasn’t exactly 50/50. Then again, who am I to do math? I overpaid our preschool tuition by $100 last month.

Lesson #1: When given free reign with a piece of paper and markers, a group of 2nd grade boys chose to draw bloody zombies and spiders — on a football field, of course. The girls? Well, they mixed it up. According to Big, some drew flowers, some drew hearts, and one lovely girl even drew a peaceful meadow. (Somehow I’m thinking the girls’ parents will actually enjoy drinking out of their coffee mugs.)

Lesson #2: Children really do learn through play and imagination. My boys, for instance, put on a puppet show where each animal attacked and ate the next. What a great way to reinforce the natural food chain, I say. And Pink? Well, she spent the week singing a diddy she wrote herself called “The Punching Song”. What a great way to reinforce the body parts, I say. You know what I won’t ever say? That I should homeschool my children.

Lesson #3: Anyone who says a slow cooker recipe with 3 ingredients is foolproof hasn’t met this fool.

Lesson #4: My boys think it’s hilarious that they put Halloween-orange cotton all over their room — including on all the drawer handles. But, you know what? The joke’s on them. Since I’m totally creeped out and won’t touch it, it looks like they’ll have to put away their own laundry. Now that’s scary!

Lesson #5: While Big is totally fascinated by genealogy right now, Pink isn’t quite ready to accept her roots. She was quick to announce, “I’m not Irish, I’m Pink!”

Lesson #6: If all the giggling Pink does when Little’s friends come over now is any indication of what her teen years will be like, we’re in big trouble.

Lesson #7: The problem with raising intense college football fans (UCLA, specifically) is that they’re more interested in the game than the tailgating. (Not to mention a loss is all the more devastating…sigh.)

Lesson #8: After spending a few hours in Stanford’s stadium surrounded by college girls, I couldn’t help but notice a fun trend — they cut up their t-shirts to create interesting sleeve shapes and neck lines. Then again, I’m pretty sure less coverage isn’t a look I should be embracing at this point.

Lesson #9: You can’t help but feel old when the only person throwing up in your house after a long day at a college football game is the little girl who stayed home with a babysitter.

Lesson #10: So much for saving for college. Today Lenny handed Pink an American Girl catalog and — as she flipped through in awe — she said, “I love this!” (Just wait til she gets a private sneak peek of the American Girl store that’s about to open by us in a few weeks…what was I thinking?!)