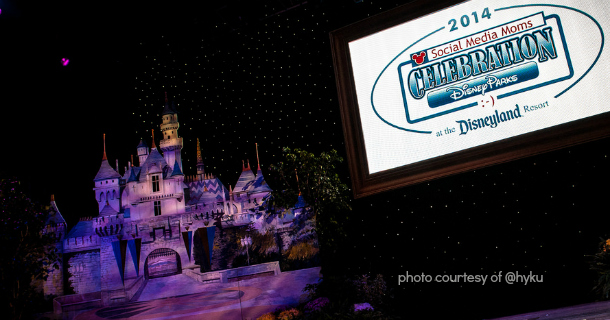 I just spent a wonderful six days immersed in all things Disney — cast members, characters, theme park rides, movies, actors, music, and even more. There was so much goodness that I’m not even sure where to begin.

But there’s one quote I heard that keeps playing over and over in my head. During conference day on Friday, we got to listen to all kinds of talented, interesting speakers. One of them was Pixar Creative Director, Jay Ward — the man who’s considered the guardian of the Cars franchise. (Kids, take note. That sounds like a pretty cool job.) When he spoke about creating Cars Land and, in particular, the ride Radiator Springs Racers, he said:

It should feel like a love letter written to the fans of this movie.

And you know what? I got to experience Cars Land a few times during this extravaganza, and without a doubt it was exactly that. It just so happens that Cars is one of my favorite animated movies, and the love letter Jay and his team created when building this theme park ride was truly breathtaking.

But that’s not the only reason the quote stuck with me. As I’ve been reflecting on our trip, I realized this whole experience that the Disney Social Media Moms team created? It was a love letter to my family. One that filled our hearts with joy, and my eyes with tears of gratitude — day after day after day.

This was our family’s first visit to Disneyland as a fivesome. Little and Pink had never been at all. To many Californians, that’s a sin. But the truth is, our kids are highly sensitive (imagine that). The idea of spending a few days battling crowds, covering eyes and ears, and trying to push our kids outside of their comfort zones felt a bit overwhelming to me. I found that going one-on-one with Big when he was almost six was perfect, so I got to thinking maybe we’d wait with all of the kids.

So when I was invited to attend the Disney Social Media Moms conference, we thought long and hard about whether I should go alone. And I did, for the first couple days. Which was most definitely the perfect opening to this love letter. On my own, I was able to spend time with good friends, focus on soaking up the conference material, meet some new people, and even experience Disneyland as a carefree grown up (read: ride really scary roller coasters that result in a perma-grin).

When my family arrived on Friday night, the love letter effortlessly continued on. Its prose wrapped around each of us, lifted us up to try new things, brought us together in ways we never could have imagined, and told us a story of magic, wonder, and adventure.

For Lenny, it was a chance to push our boys, while giving them a hand to hold, and a safe place to land. It also gave him opportunity after opportunity to secure his spot as Pink’s Prince Charming. (Not to mention mine.)

Big? Well, there are no words to do his growth and experience justice. The confidence that radiated from him took my breath away. Not once did he shrink in fear from the sights and sounds that were so overwhelming to him just two short years ago. He ran up to characters for photos, he worked my (outrageously awesome) conference Fast Pass to ride a couple roller coasters with the best of ‘em, and I can’t think of a time when his toothless smile wasn’t on display. This was his time, and he shone so very bright.

Little surprised us — and himself — throughout our adventures, as well. He pushed through his fears to try, and fall in love with, experiences he wasn’t so sure about. It wasn’t always easy, but when he found his groove, there was no stopping him. (The lifeguards at the Disneyland Hotel pool can confirm this. As can the guys who were working our private Toontown party when he decided to bust out his hip hop moves.)

Though she’ll be three in a month, I really didn’t know what to expect from Pink. From the moment she heard we were going, she started walking around the house singing, “Disney Junior, it’s where the magic begins!” She couldn’t wait to see “Stuff McStuffins”, Princess Sofia, and Minnie Mouse — who all ended up being a bit more intimidating than she imagined in the end. I certainly never expected to see her giggle so hard she couldn’t breathe because she was getting thrown around on a park ride. (Which thanks to our private Cars Land party she could ride three times in a row!) Or beg to go down the water slide at the pool — over and over and over again. She was constantly surprising me.

But the greatest gift of all was the way this trip, along with all of the outrageously special experiences the Disney team put together, bonded us — to each other and to Disney. Whether we were holding hands walking (ok, running) through Radiator Springs, catching a sneak peek of sweet bear cubs with their mama in Bears, dancing along to the adorable Sabrina Carpenter as she performed, enjoying storytime with some of our favorite actors, or taking pictures alongside the coolest of Disney characters, the magic was there. Each and every step of the way.

And this love letter? It will forever be a part of us — part of our memories, our dreams, and our hopes for more family fun to come in the years ahead.

Thank you, thank you, thank you to the Disney Social Media Moms team who felt that I belonged in the same room as the many blogging geniuses who attended (the invitation alone was a love letter to me!). Having planned a much smaller scale brand blogger conference myself, I know how much work goes in to each and every moment, and you even out-Disney’ed yourselves with the magic (if that’s possible).

Disclosure: I was honored to be invited to the 5th Annual Disney Social Media Moms Celebration held at Disneyland recently. While I paid a fee to attend the conference (as well as my extended stay and travel), it was enhanced with perks to give us an even more magical time. I am not compensated nor required to share my experiences.