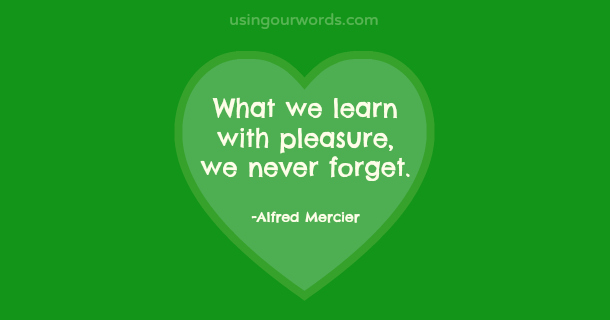 You’d think those two simple sentences would have the kids and me jumping for joy. And, at 8:15am this morning — when we were all still in our pajamas and the three of them were giggling over a game they’d made up — those words did feel good. Really good. But last week, at the end of what happened to be an amazing school year for everyone, those words had us all teary and a bit heartbroken.

As I mentioned awhile ago, each of my kids found their happy place this year. That knowledge, well, it made it hard to end the chapter that had brought each of them — and me — such joy, confidence, and peace.

Big not only happened to be in a class with many of his closest friends, he also happened to be placed with a teacher who was a beautiful fit for him. She inspired his creativity, encouraged trial and error — with gentle direction rather than harsh judgment, enlightened his curiosity, and sent him home at the end of the year with 11 mealworms/beetles. (Ok, that last part may not have been my favorite thing about the year, but Big was pretty darn excited.)

Just weeks into second grade, his anxiety was squashed by enthusiasm, his perfectionist tendencies were quieted by his newly empowered editing and critical-thinking skills, and his exhausted fits were replaced with energetic stories. This year was a gift. For him, and for our family.

Little was also a changed boy this year. He walked into this final year of preschool overflowing with tears and anxiety (I’m utterly impossible to part with, I know). But thanks to the guidance of his patient, intuitive, engaging teachers, and a wonderful play-based environment, he walked out with his head held high (which isn’t easy to do these days under his mop of hip, long hair) — shouting a confident, heartfelt goodbye to each of his twenty-some new friends.

While we’d switched to a neighborhood preschool thinking he’d get to know more of his future kindergarten classmates, it turns out not a single friend from his class will be at the same elementary school as him in the fall. So he’ll go from being “The Fonz” — a nickname one of his buddy’s moms gave him because he was the epitome of cool and capable — to being the new kid. Yet again. While I know he’ll excel anywhere he goes, I just hope that’s one of the greatest lessons he’s learned this year, too.

For a long time, I wasn’t so sure about signing up Pink for preschool. As a third child, she was certainly eager to join the big-kid world, but I worried, given her gross motor struggles and separation anxiety. Was it too early?

Looking back, I can’t believe I ever fretted. Even as she worked through the separation anxiety, she was welcomed by teachers with big hearts and creative minds. Teachers who were ready to see her strengths rather than her struggles. They not only built Pink’s confidence, and encouraged her to make new friends, they did the same for me.

Yes, this school year was filled with important lessons for each of us, thanks to the many loving teachers we were lucky to have met. They weren’t lessons from a perfectly planned curriculum, but lessons of the heart. And though it was hard to say goodbye, I’m so very grateful for all that took place during the time we had with them following our timid hellos.