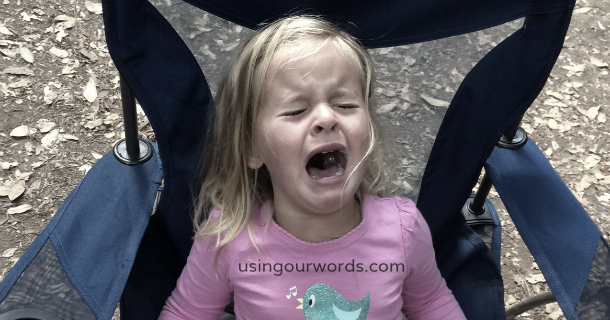 Another two weeks have flashed before my eyes (which haven’t been closed nearly enough over that time span, it seems). There have been camps, camping, playdates (for the little ones and me!), and all kinds of summer fun.

Lesson #1: When you purchase souvenir ukeleles for $13.99 (even though they were $9.99 down the street a few stores earlier, of course), don’t be surprised when you have to invest just as much in wood glue a week later.

Lesson #2: There is one thing I’m worse at than cooking. Taking care of pets. How many people can claim they finally had to release their tadpole to the pond because after months and months and months he still didn’t turn into a frog?

Lesson #3: As if keeping track of the real tooth fairy’s rate isn’t hard enough, now I have to keep track of the fake tooth fairy’s. After discovering his piece of pretzel crumb looked a lot like a tooth, Little bagged it up, wrote the tooth fairy a note, and put it under his pillow hoping for some cold hard cash.

Lesson #4: After a morning of intense play, I declare that Little’s favorite board game shall forevermore be referred to as Cheats & Ladders.

Lesson #5: The best way to get ready for 7 grueling hours of basketball camp? Spend an hour on the driveway in the morning playing…you guessed it, basketball.

Lesson #7: Though I’ve been a mom of boys for 8+ years now, there are some things I still don’t get. After 2 hours of spider hunting, I realized Little and his friend had moved to looking under our shed with a flashlight. When I told him that they should stay away because there could be really gross things under there, he said, “That’s exactly the point!”

Lesson #8: Pink is one smart cookie. When she discovered that Little had quit biting his nails and would soon be earning the toy he was promised for doing so, she asked if she got a toy too. When I said no, she took up nail biting so that we’d have to reward her eventually too.

Lesson #9: Toys aren’t the only thing Pink is trying to score these days. When we were playing a game she made up, she told me that whoever wins gets candy. Real live candy. And when I asked the follow up, “You’re going to give me candy?” She replied, “Nope. I just won. You give me candy. Now, ok?”

Lesson #10: When your daughter can’t decide if she’s a dog or a monkey, it’s actually kind of a good thing. You get licked and picked clean. (Which comes in handy after Lesson #15.)

Lesson #12: In an effort to convince me that camping (like in a tent, in the woods, overnight) is something even I can enjoy, Lenny planned an upscale wine tasting for me. Only even one of the bottles couldn’t handle the elements and had gone bad prior to the tasting. Now that, my friends, is roughing it.

Lesson #13: Sleeping through the s’mores in an effort to get your toddler to sleep (in a tent, in the woods, overnight) pretty much defeats the purpose of going camping.

Lesson #14: When Lenny tells the kids something they’re doing (not in a tent, in the woods, on scooters) is a bad idea, it must be a really, really bad idea.

Lesson #15: Getting away from it all (“it all” not referring to dirt, of course) is actually pretty great.

I hope you all are enjoying getting dirty this summer!