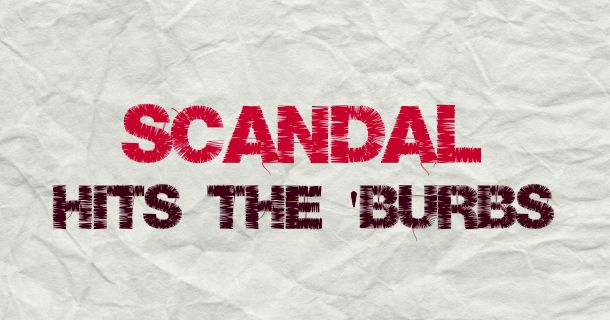 I’m not gonna lie. I’ve been missing my girl Liv this summer (yeah, we’re on a nickname basis). At first I thought it was kind of strange. Like maybe I just needed to escape my suburban slump and imagine a more adventurous life in her twisted world. But one day, it came to me. We’re simply kindred spirits. We get each other, and have a surprising number of things in common (though admittedly my wardrobe leans toward slimming black , not her signature stunning white).

I know, this is where you’re saying, “Oh! I get it. She means Kerry Washington.” And I understand why you’d think that. Really, I do. You likely saw the teaser with her photo on the cover of the September issue of Self and thought of me when you read, “Body, Baby, Kick-Ass Career: ‘It’s Handled’”. But that’s not what I’m talking about here. Because, well…obviously.

No, I mean Liv. (Olivia to you casual viewers.) Here’s why.

I have two guys vying for my attention — day in and day out.
Both want to cozy up with me on the couch. (Or at the very least they want me to bring them their blankets without blocking the TV.) Both want me to weigh in on the world-shaping decisions they’re forced to make on a daily basis. (Is it going to be too hot for knee-high socks today?!) Each wants me to forsake the other and choose him. (I mean I can’t possibly be at a baseball game and soccer game at the same time…or can I?) One wows me with his brains, the other with his brawn. And I just can’t quit either of them. (Legally, it seems.)

I know my loved ones have done bad things, but they’re my people, and I’ll do anything to protect my people.
There’s a good reason for this, you see. I figure all that loyalty I’ve shown is bound to come in handy some day. Like when I chaperone a high school dance, or become the mother-in-law.

I fix things. It’s what I do.
This week it was a Frozen charm necklace. Last week it was a plastic field goal. And, who knows, maybe next week I’ll even take on something from the drawer where toys go to die. Let’s just say I’m a woman with a number of different kinds of glue sporting magical taglines, and I’m not afraid to use them. (The glues, not the taglines. But I really am a sucker for a good tagline. Who isn’t, right?)

I clean up other people’s messes.
Constantly. It’s like I’m drawn to people who just can’t help themselves. And I can’t help myself either. While you may call me an enabler (or a poor judge of character because, let’s face it, like Liv, I’m surrounded by people who get themselves in deep), the truth is, I have a gift. Who am I to deny it?

I’m a gladiator.
It’s no small task making a blow-up sword that’s being used to torment a little sister disappear. And I’ll never, ever tell my secret. (Unless you figure out the code to my super-duper secure safe where I keep stuff like that. Before trash pickup this week, that is.)

I wear the white hat.
Breakfast! Lunch! Dinner! And, of course, a plethora of healthy snacks in between. I may not always do it with finesse, but they keep calling me the family chef anyway. (That is when I don’t go Liv-style and order takeout for every. darn. meal.)

When I dance around the living room with an admirably hefty glass of red wine in hand, it often results in a doozy of a stain on the couch.
‘Nuff said.

I guess what I’m saying is, let’s do a girl’s night, Liv. Next Thursday? I don’t care if we’re standing in the sun or frolicking in Vermont. Either way, I’m all in. Because this mama? She’s ready for a scandal that doesn’t involve cereal up someone’s nose or a late fee at the library.