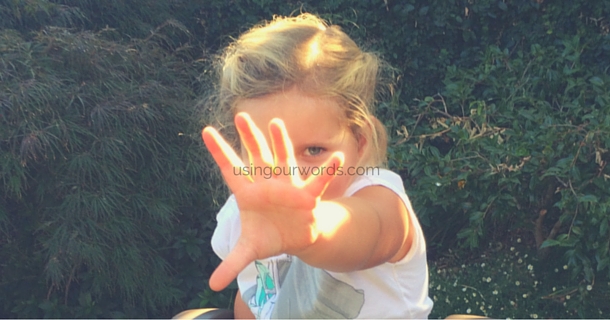 Recently I’ve found myself in a number of conversations with friends who are critical of how people they know use social media, primarily Facebook. The concern? People aren’t painting a realistic portrait of their lives. They’re selectively broadcasting the good stuff, the wins. The perfectly coordinated family photo shoot, the trophy ceremony, the toddler enthusiastically eating nothing but broccoli for dinner. Life just isn’t that perfect all the time. Where’s the real story? The struggle? The humanity?

They want people to stop “happy washing” their lives in social media. I mean, how are we supposed to compare ourselves on a scale of one to perfect if we don’t have the whole picture?

Ok, nobody’s actually said that, but I can read between the lines. (That and I’m human, too.) So how about this? How about we don’t compare? Or assume that things are picture perfect all the time, no matter how far down we scroll to prove otherwise? How about we see each post a friend shares for what it is? A moment of happy.

A moment. Of happy.

It’s true, life just isn’t that perfect all the time. Based on my experience as a pretty darn lucky human being, feelings of overwhelming joy, serenity, triumph, and even pride, are far too fleeting. Which makes each win, every glimpse of happiness, so much sweeter.

What’s not to like about the fact that your friend tirelessly tracked down coordinating outfits ranging from size 3 months to XL, and got every single person in the family to, not only wear that stuff, but smile while doing so — and at the exact same time? Assuming you’ve attempted anything similar yourself (albeit without the same finesse), you know that actually capturing that shot was nothing short of miraculous (not to mention expensive). So instead of an eye roll, go ahead and put a virtual high five out into the universe.

That trophy? It doesn’t represent someone whose kid is better at soccer than yours. (Though maybe he is better, and that’s ok too.) What it represents is gallons of gas, post-practice homework battles, some tough lessons (and coaches), and a kid who’s worked his butt off at something he loves, and happens to have something shiny to show for it this game/weekend/season.

As for the toddler eating broccoli? Well, just consider yourself lucky that you don’t have to change her diaper.

It’s true. There’s always more to the story. Always. But why not jump straight to the best part? To the happy ending? After all, that’s what makes all the messy stuff behind the scenes worthwhile.

(Then again, if imperfection’s your thing, you’ve come to the right place. Make yourself at home…)