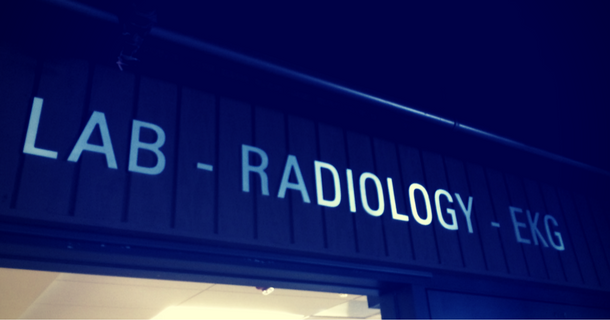 You know that term “soccer mom”. It’s cute, right? It implies a dedicated mother who loves to drive carpool, slice oranges, and wash uniforms. (I mean, who doesn’t?) A mom who beams with pride when her offspring shows off his fancy footwork, or a mom who gives her child a boost when she’s down after a questionable call by the referee. But you guys, that’s not it. Not even close. It turns out being a soccer mom is not for the faint of heart. I know. I learned the hard way last weekend.

Here’s how it all went down…

Kid one, game one. Noon on Saturday. And while it was actually September in the Bay Area, imagine it was more like Arizona in July. I sent my first born to just stand there (I mean, not just stand there, stand there…except the quarter he was goalie because by the grace of God the coach knew to put his best forwards in while my kid was protecting the goal so the ball was at the other end of the field the whole entire time). Anyway, did I mention it was hot? And, here’s the zinger. I didn’t put sunscreen on him. The kid with blond eyebrows and blue eyes. So, sure, the Trolls pulled off an impressive win — thanks almost entirely to the 3rd quarter goalie who didn’t let a single ball past him (with a nod to the 3rd quarter every-other-positions who didn’t let a single ball near the goalie, of course). But this mom? She was a big loser. Because not only did Big walk off the field with a smile, he walked off with one heck of a sunburn. But don’t worry, I didn’t entirely throw caution to the wind. I went ahead and made him an appointment with the dermatologist in 2028 to make up for it.

Kid two, game two. Have you ever watched 5-year-old girls play soccer? For an hour? That, my friends, takes unparalleled commitment. And caffeine.

Kid three, game three. I arrived, and immediately began chatting with a friend as we set up the one thing I’ve learned every soccer mom (and dad) must have — super-plush folding chairs. As she was telling me about the awesome party she’d just come from — you know, the one I was invited to but for some reason declined due to the game one-two combo above — I began to question my priorities (and sanity). That’s when the heaviest part of one of those chairs came crashing down on top of my foot. Literally bringing me to my knees. The rest of the game was a blur because I was using all my mental power (which is fairly limited these days) not to cry about my silly foot because if seven-year-old boys can take direct ball shots to the gut — and then run a couple more miles up and down the field — certainly my sidelines injury would be ok.

But then, a day later, I realized it was not ok. It still hurt. A lot. So I started to Google things like, “Can you break a bone on top of your foot?” Which led me to, “1st metatarsal fractures”. Which led me to sit with my head between my knees for the next 30 minutes. Because that’s when I remembered I can’t handle medical stuff.

When I no longer feared fainting, I went downstairs — cursing myself the whole way for ever building this house with all these stairs because a quaint, one-story home would be a heck of a lot easier right now — and got an ice pack. I then proceeded to do all the other stuff soccer moms do, like make dinner. (Ok, ok, I went to the drive-thru with my good foot.) Through it all, I told myself tomorrow would be better.

Only it wasn’t. So I finally called the doctor. She could see me in 10 minutes or not at all. It was go time.

For a split second, I questioned whether it would be socially acceptable to wear slippers to volunteer in Pink’s art class, which I’d barely be on time to at this point thanks to this squeezed-in appointment. While my how-I-dress-in-public standards have become embarrassingly low in general, this time I made the vain choice to go with (oh-so-painful) flip flops instead. You know, just one notch down from stilettos.

In the waiting room, I ran into a friend — also a live-life-on-the-edge-kind-of soccer mom. She admitted that she was tired of asking her kids’ pediatrician her own medical questions, so she finally ventured upstairs with the grown ups. I admitted I had to look at the directory to even remember where my primary care doctor’s office was. My sister in danger and me? We totally got each other. Of course the conversation led to my foot and footwear, and she told me I really should have gone with UGG boots. You know, fashion-forward slippers. Considering where the day went from there, I’m thinking she was right. Even given the Arizona-in-July conditions.

Here comes the real horror. The nurse finally called me in and told me to stand on the scale. What my weight had to do with a chair falling on my foot was beyond me, so I told her I’d rather not. She didn’t laugh. Neither did I. After writing down an appalling number (which I couldn’t even blame on UGG boots), she took me to my exam room and gave me a flu shot. You guys, it’s like she was punishing me for looking out for myself. No wonder I never go to the doctor!

When my doctor — a woman I didn’t even recognize — came in, she touched my foot in various places for all of 20 seconds before I almost kicked her in the face. Not really on purpose, but not completely unintentionally either. I mean, she’s probably the one who requires that the nurse weigh people. In an effort to save herself, she sent me to Radiology.

With the clock quickly counting down to my volunteer hour in art (Pink had begged me to sign up, I couldn’t let her down), I got them to rush me back for x-rays. Wouldn’t you know it, it was the same technician who x-rayed Big’s wrist last week — yes, last week  — so I felt that I had to be really funny so she wouldn’t think there’s something going on behind closed doors at our house that isn’t. Our family is really just that pathetic delicate. So, as I sat up on the table with my legs sprawled in various directions to get the money shot of my metatarsals, I joked about how I probably shouldn’t have worn a dress, but at least I was making it an exciting day in Radiology. Oh, and of course I had to slip in that my son played an epic, no-scoring quarter as goalie after 5 days in his splint, so his wrist was totally ok now, really.

Since I had to bolt — ok, hobble — the nurse promised to call me with the results. Of course I’d have to come back if there was a fracture. Which there obviously was given all of the pain.

I braved my way through the next hour which included an earthquake drill, twenty-some kindergarteners, and an art teacher who called me out for having not volunteered very much given this is my third kid at the school. All. In. Flip flops. (Have you heard a woman limp through a bizarrely quiet classroom in flip flops?! Twenty-some kindergarteners and an opinionated art teacher now have.)

A couple hours later, I finally got the call from the nurse. The x-rays were negative. And while, in most cases, a negative x-ray is positive, I’m pretty sure for me it was just plain old negative. Because she nonchalantly told me to take some pain relievers and get lots of rest for the next two weeks. Which would also come in handy for the flu-like symptoms that were now taking over my body (which obviously had nothing to do with the shot she had given me mere hours before because we’ve all been assured the flu shot can’t make you sick).

“Really, no, like…brace or anything? My son just hurt his wrist and had a brace that stabilized his injury and had the added bonus of reminding him (and everyone else) to be gentle with him.” Nope. No brace. Just rest.

Right. Yeah, I’ll just stop doing what I do and rest for the next two weeks. No big deal…

Put my family in peril? Sideline my soccer savants? I think not. I will soldier on. Because should I surrender to this rather insignificant injury? Well, that, my friends, would be the most dangerous thing this soccer mom has done in a long time.