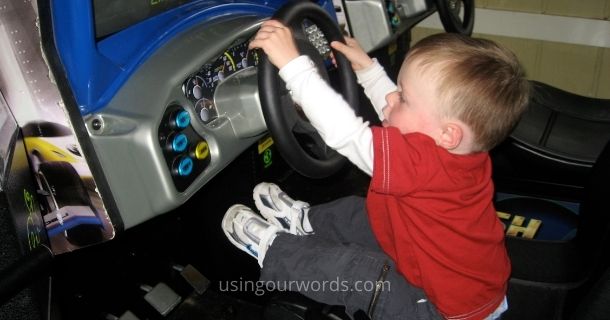 I wrote this about a month ago, thinking I’d pitch it to some very glamorous publication. But things have been hectic and my little ol’ blog is as glamorous as it gets these days. In honor of Big’s 16th birthday today, I wanted to share this with all my friends going through this major transition too. I’d like to dedicate this post to the DMV for making it so challenging to get driver’s test appointments and giving me a little bit longer to feel this way…

As I turned left at a neighborhood intersection for the umpteenth time the other day, I glanced into the driver’s seat of a car waiting at the red light. While I recognized the smile and curls from the kindergarten playground ten years ago with nostalgia, I realized they’d been totally repackaged into a man’s body. I glanced at the passenger seat to see who the familiar teenaged boy was laughing with, and I recognized his buddy too. It was his mom.

Together, they were perfectly at ease, wrapped up in a moment of shared conversation. He was totally unselfconscious to be seen with her, as her presence gave him the awesome ability to unlock this teenage achievement. The truth was that *she* was the one trying to play it cool, while not exploding with pride when I caught her eye to wave hello. She wasn’t obvious about it. It’s just that I know because I, too, am the mom of a 15-year-old boy with his driver’s permit.

This scene is becoming quite common for me these days in our small community. And if I’ve learned anything in the five months since my son got his permit, it’s that these parents and kids aren’t laughing because of a sudden stop and a muffled gasp. Or the tension that comes from a new driver’s hesitancy to go more than 15 miles per hour by the bikers on a narrow stretch of road. It’s just that there’s a healthy, joyful collaboration between a parent and a teenager for this tiny little window of time. An unspoken magic, really. And we both know it will disappear the moment that permit turns into a license.

I vividly remember the October afternoon when my son got his driver’s permit. I sat in the DMV after school watching teen after teen — a few of whom I happened to know — come out of the testing area. Most kids shuffled out to an anxiously awaiting parent and mumbled with a sneaking smile that they had, indeed, passed. When one boy unabashedly pumped his fist and high fived his dad in a show of joy, I wasn’t the only mom wiping my eyes. You see, each success was not only sweet, but it was shared. Parents nodded to each other — in joint relief and celebration — knowing this was a pivotal, exciting moment in our journey.

Don’t get me wrong, there was plenty of trepidation that came with this next step in parenting. For fifteen and a half years, I had been the one steering my son in whatever direction I decided was best. Now I would have to let go and allow him to take the lead. The moment he walked out with that stapled packet of government-issued papers, I gave up my full-time job in the driver’s seat and had to quickly learn to make myself at home in the passenger’s seat. It felt like a promotion and demotion at the same time.

While playing it cool has never been my brand of parenting, I was determined to make driving a good experience — for us both. Not perfect, but good.

The first time he got behind the wheel, we jerked around the empty parking lot as my foot desperately searched for the brake that was no longer at my disposal. The only thing I had the ability to control was my reaction (which quickly transitioned from gasp and grab to silent prayers), and my words of instruction and encouragement.

The experience I had spent a decade thinking would be terrifying, was actually kind of exhilarating. His self-deprecating humor had me laughing with him at his mistakes, and working with him lightheartedly to correct them. After a couple imperfect, but confidence-boosting hours, we’d arrived at an unspoken agreement. We would go forth with trust and limited panicking/shouting.

After five months on this journey, I no longer sweat the details. Sure, we refine his skills now and then, but for the most part we just ride. I allow him to pick the route, and also steer the conversation. In this space, the wet towel and dirty laundry on his bedroom floor disappear, and the conversation flows. We simply move ahead, side by side.

It won’t be long before I retire from my spot in his passenger’s seat too. He’ll slide in behind the wheel and wave goodbye, heading out on his own. And when that day comes, I imagine I’ll see him at that stoplight. I’ll recognize the big smile and eyes from the kindergarten playground ten years ago, now totally repackaged into a man’s body. And I’ll puff up with pride, but also ache a little, wishing there were more than just his ghost left beside me.